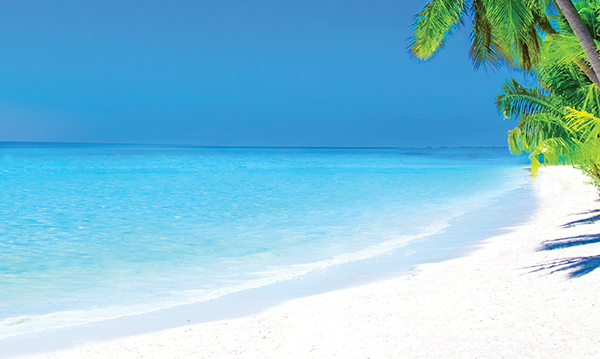 Tax ethics are once again in the public spotlight in the wake of the Paradise Papers revelations. Kelly Cooper, Project Manager, CSR Asia, makes the case for companies to create value both for themselves and the communities within which they operate by responsible and transparent tax policies.

In November 2017 the mass leak of 13.4 million documents publicly exposed the offshore interests of hundreds of high-net-worth individuals and global businesses. The cache of ultra-sensitive documents was dubbed The Paradise Papers. The documents were leaked from offshore legal firm Appleby, as well as several business services companies whose clients include banks, corporations, HSI and FTSE 100 companies. The Paradise Papers detailed how some of the world’s wealthiest corporations and individuals are avoiding tax by masking their riches in covert tax havens.

The BBC estimated that the sums of money held in the aforementioned offshore accounts is around 10 trillion US dollars, which amounts to almost the same collective economic output of Japan, the UK and France. The leaked Paradise Papers have been subject to a series of international investigations led by the International Consortium of Investigative Journalists, and have whipped up a media frenzy fed by public outrage over the lack of honesty and transparency shown by beloved brands and trusted organisations.

In the past, information leaks such as these would need to be handed physically from person to person, rarely gaining much traction, particularly not on a global scale. Today’s technology allows for the instant transfer of mass information dumps. Fears of digital safety and the risk of cybersecurity are common threats to business operations. An act as simple as logging on to public wi-fi can lead to a security breach and the theft of confidential, highly sensitive documents. The world’s largest technology organisation, Apple, was just one of the big-name brands exposed by the scandal. Apple’s registered offshore holdings meant taxes were disproportionately shouldered by the consumer on purchase of Apple products. Paradoxically, the large corporation that reaps the profits shifted them to a low-tax haven in Jersey, UK, meaning Apple largely avoided paying tax on sales made outside the US. The irony of technology giant Apple having its digital data stolen is not lost. It proves, rather unnervingly to some, that not even the most technology savvy can protect themselves from cyber-attack.

The risks of reduced transparency

The Paradise Papers release is only the latest in a series of revelations into the aggressive tax avoidance methods of the ultra-rich. While not illegal, the operations incite public distrust and disappointment by virtue of their secrecy and the breaking of the social contract of taxation. It seems that the lessons in risk taking and secrecy we hoped had been learnt in the fall-out of the global financial crisis, which was in large part spawned by financial malpractice in 2008, seem not to have been learned.

Today’s interconnected society has amassed a new landscape for business and customer relationships. It is no longer sufficient for a company to be the most recognisable brand, have a desirable product or a superior price point. Mobile technology has armed the millennial market with relentless connectivity and as a result there is an unprecedented demand from the public to disclose product information on a scale previously unheard of in the public domain. Subsequently, both the product and the organisation behind it must prove themselves worthy of having a positive impact, not only on the individual, but on a greater scale; for society and the planet. With such high expectations, organisations must ask themselves what value they bring to the communities within which they operate, and to understand the risks of being engaged in hidden or immoral business practices.

The public expects and demands the value of massive corporations to uphold the same values as the societies within which they operate. This includes following societal rules such as paying taxes. While it is important to recognise that organisations are not engaging in illegal misconduct, shifting profits from high-tax countries within which organisations are selling their products, to low-tax countries simply results in fewer tax payments being made in the country where the product is being sold, resulting in lower investments for schools, roads and health care to invest in developing the community. There is already a call to introduce legislation designed to force companies to be open about the tax arrangements that they have. For example, the OECD’s base erosion and profit shifting (BEPS) initiative has already created a framework agreed by over 100 countries and jurisdictions to tackle BEPS tax avoidance strategies that exploit gaps and mismatches in tax rules to artificially shift profits to low or no-tax locations.

The necessity of such legislation is proving to be increasingly essential, unless companies can act on their own volition to openly share business processes with the public, garner public trust and support and prove themselves worthy of creating moral business practices which have a long-term relationship and a positive impact upon society.

Promoting value for business and the community

To make a profit for shareholders whilst also supporting the community where a business operates can be mutually beneficial, and if done correctly will garner the trust and increase transparency around business practices, lowering the risk to brand and cementing the organisation as a trusted member of society. Business can operate to enhance and serve the community by engaging with societies, generating trust and identifying social needs that can be used by the business to create more value. The value generated not only benefits the business’s bottom line, but simultaneously generates value for society. Subsequently, communities hold business in higher regard and the bottom line of the business is supported, creating strong relationships with communities and long-term value for investors. For a long time, we have encouraged environmentally friendly practices and responsible investment, now it is imperative that companies create true value for the communities within which they operate, starting with responsible and transparent contributions through taxation and the proper disclosure of contributions.